Next it was time for the Caribbean and South-Central America Regional Meetup. Topcoder has already organized a few regional events here in the past so we were happy to see several familiar faces as well as new ones attending the meetup. This region has fifty countries included and we had 4080 new members from there in the 2020 join Topcoder. 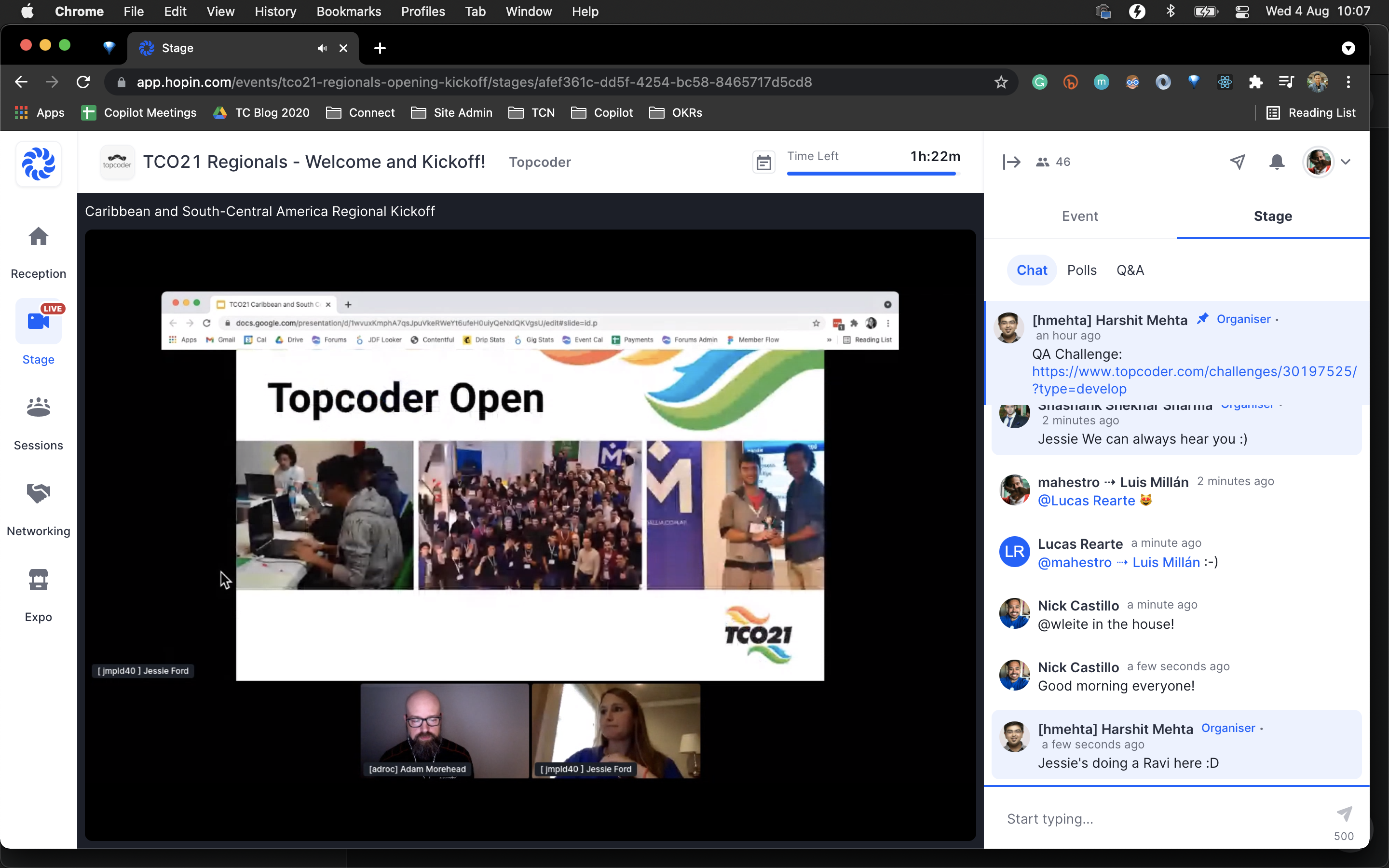 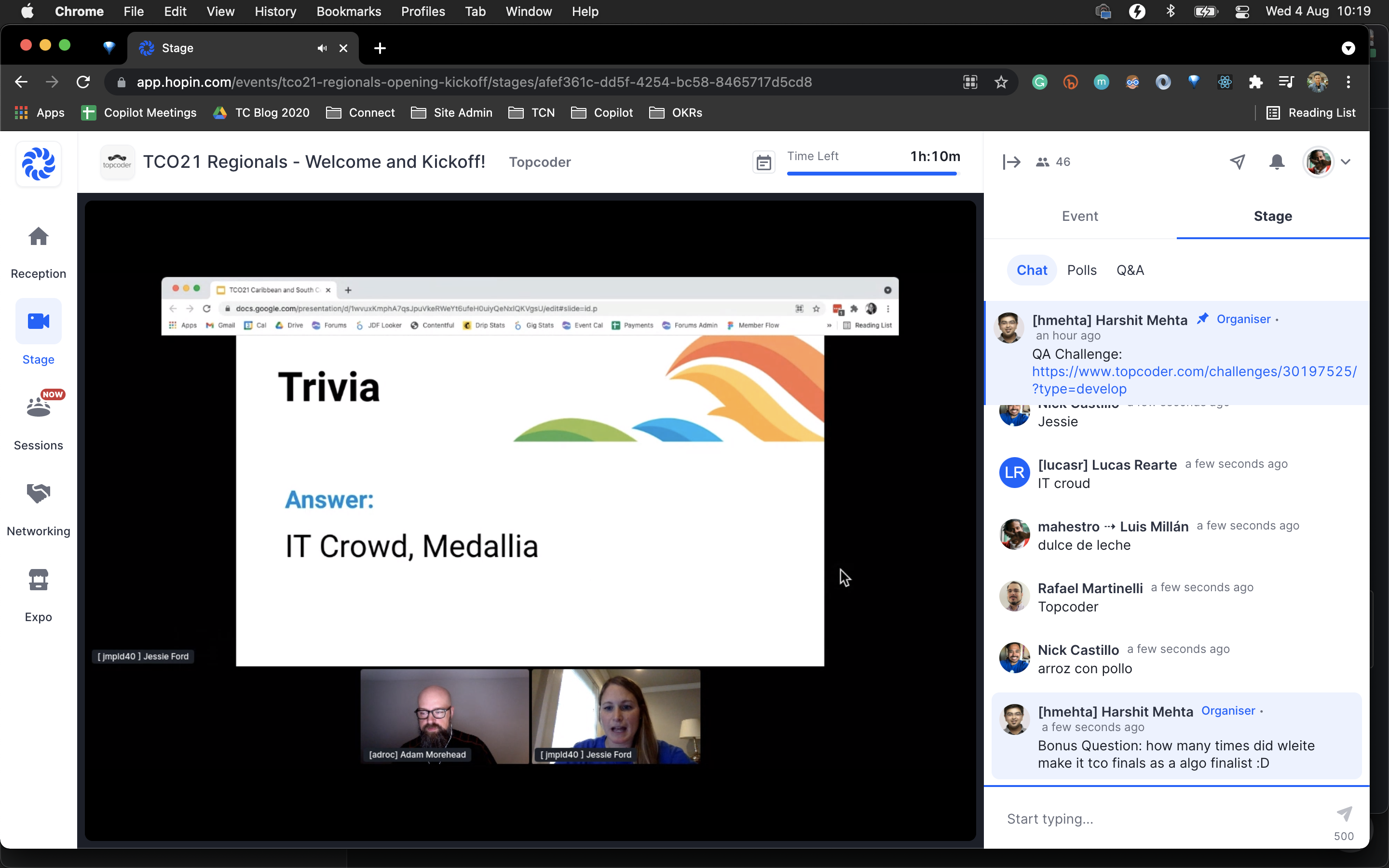 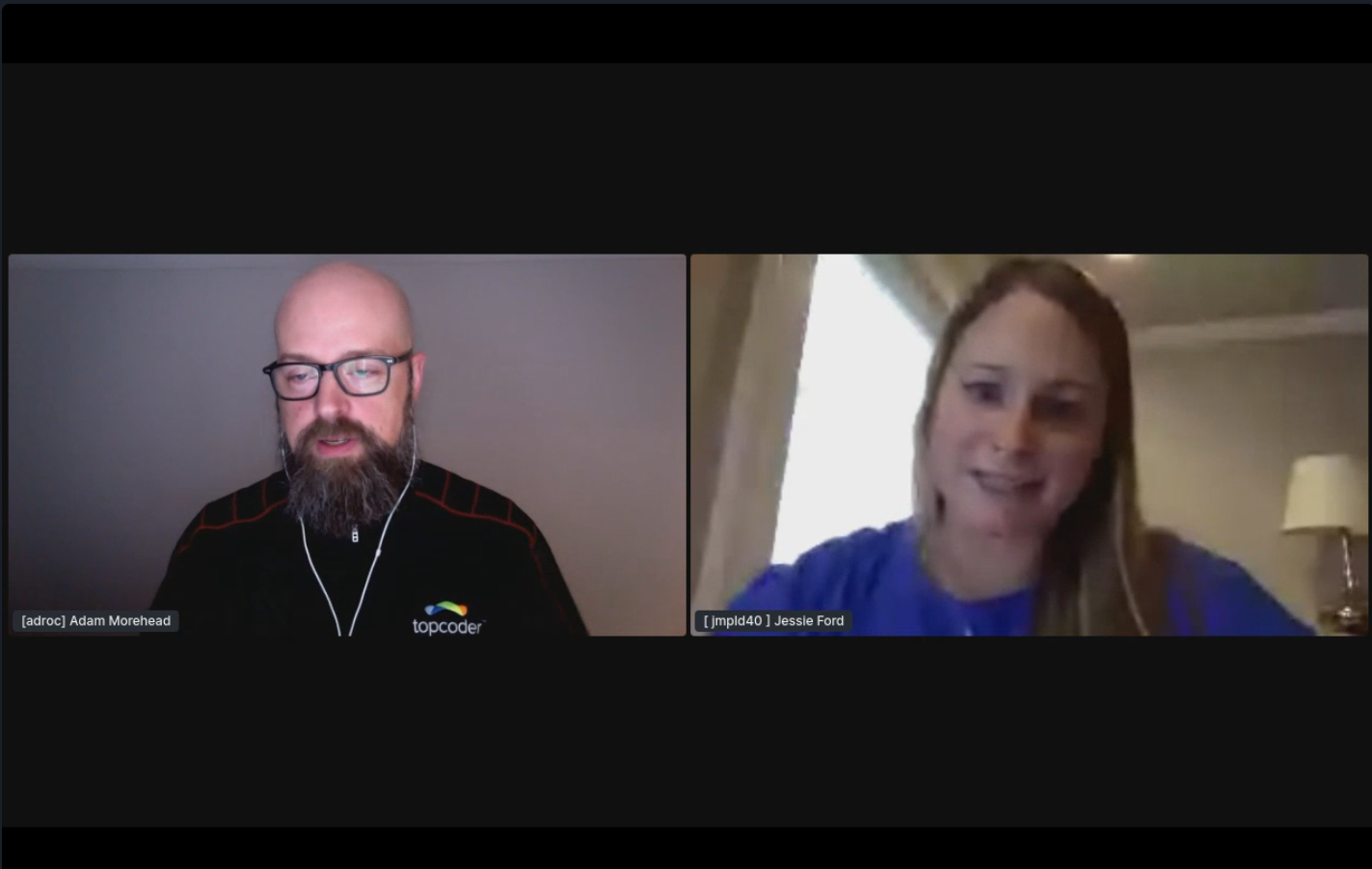 Congratulations to our top performers from this region: @jaindsonvs, @holmesayala9, @antoniomatheus, @wleite, @cjoa2 and @marcosk. They gained points based on their performances on Development, First2Finish, Marathon and SRM competitions.
The Shining Star Award went to @luizrrodrigues, for all his work making the Topcoder platform better. He has been actively working as a copilot with the Topcoder Prod Dev team and helping fix the issues and new features on the platform. He is also a designer, developer and First2Finish competitor and was awarded a Topcoder backpack and a digital certificate. 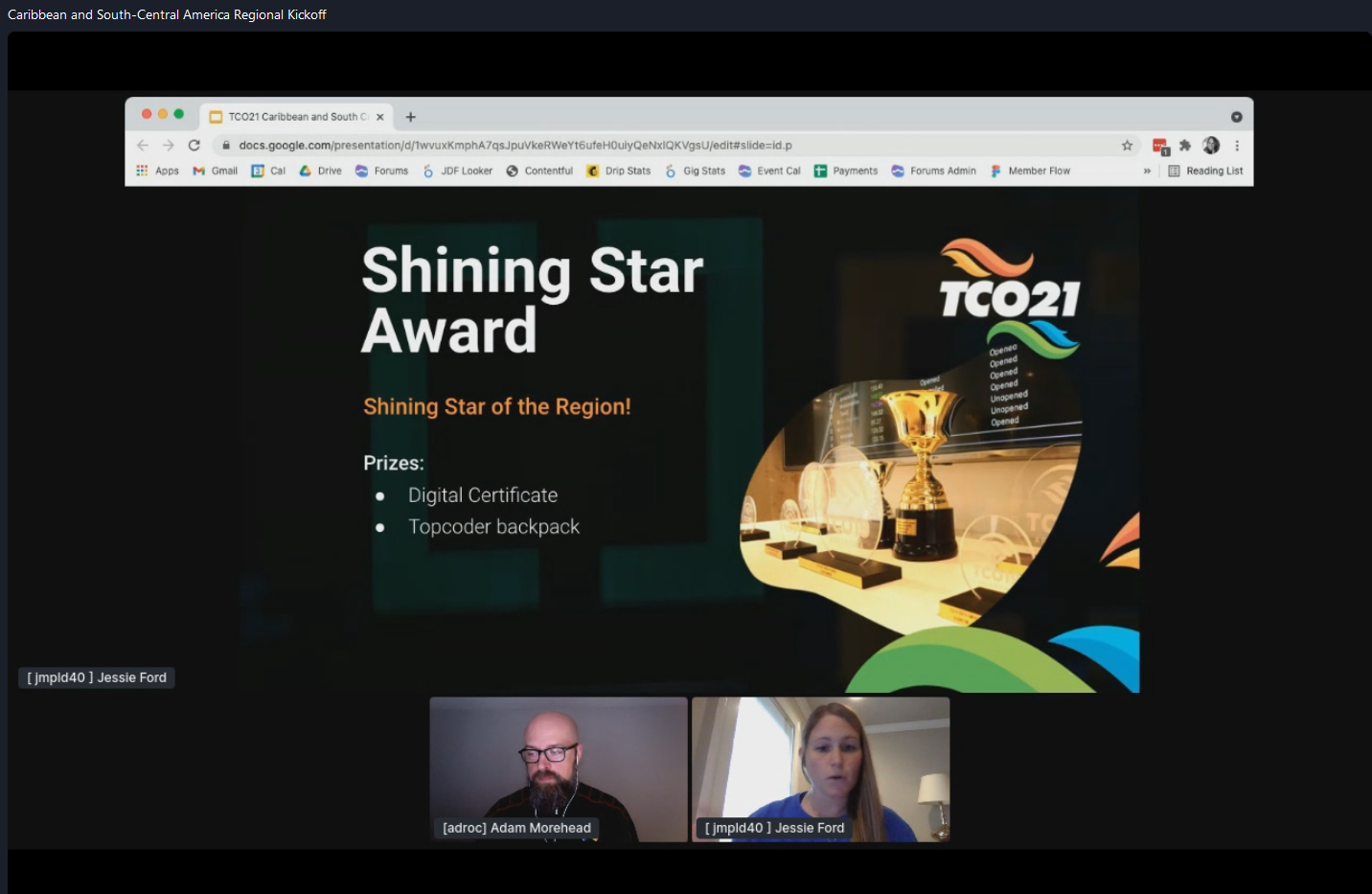 The rewards was followed by trivia and games such as Skribbl.io moderated by mahestro and nick.castillo, Incredibox handled by fajar.mln, Typeracer and many others. 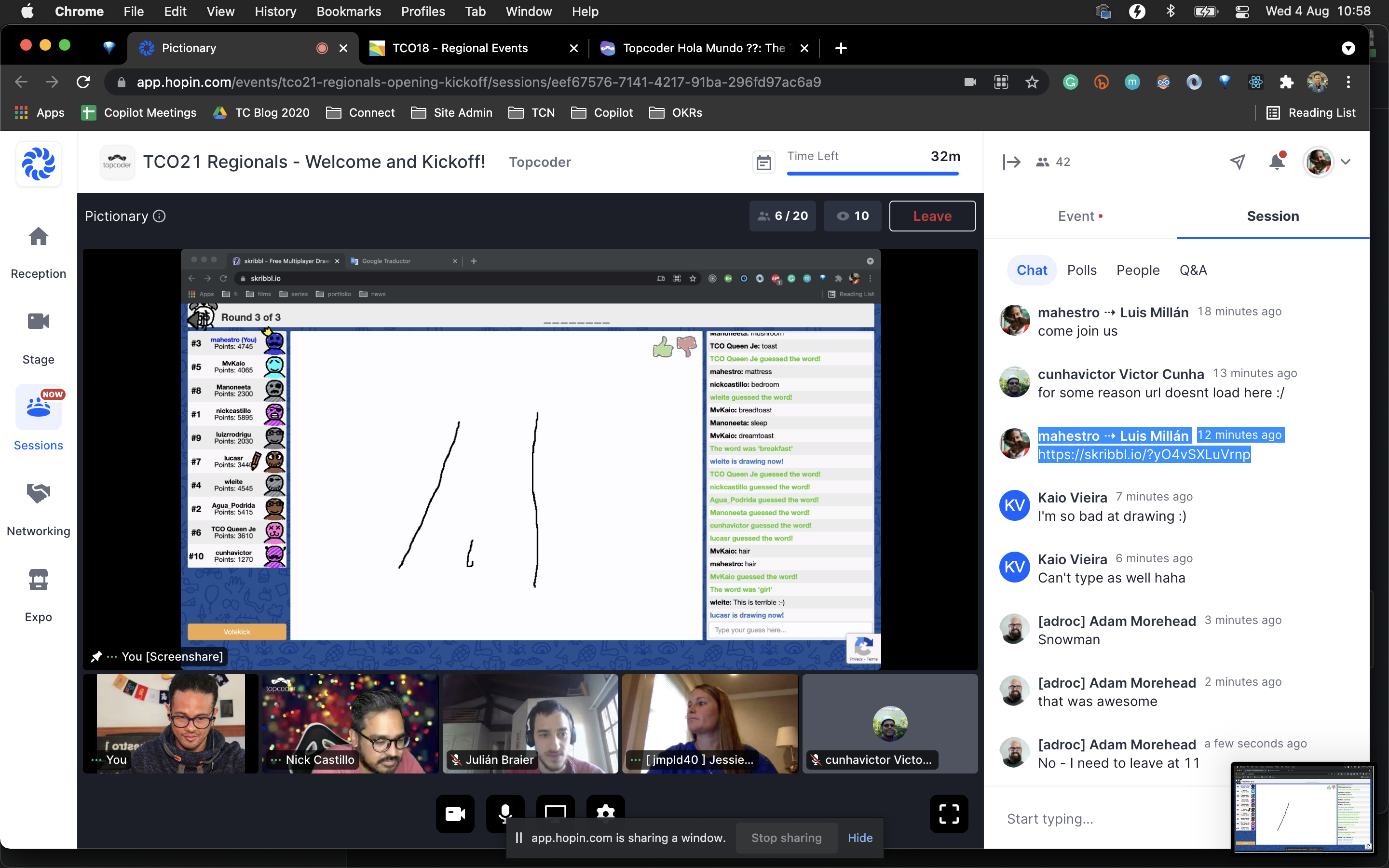